​The Rediscovery of The Original Scriptures 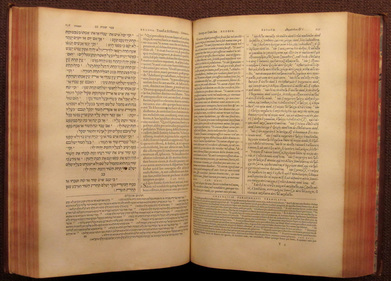 The Pharisees & Scribes became the Talmudists, who became the Masoretes. It is all the same group of people as history records. They produced a Hebrew text [between 700-1000 AD] some 1,300 years older than the Hebrew upon which the LXX-Septuagint was based in 300 CE, written in Koine Greek. Yahushua and the apostles had access to the LXX & the Hebrew from which they translated as recorded by Flavius & Philo. Today all we have remaining connecting us back to the Hebrew base text of the LXX is the LXX itself. It is a treasured work, that has been denied by many Christians and Messianic "Hebrew Roots" people due to their ignorance, believing a lie that it is Greek, so it cannot possibly be as reliable as any Hebrew text. That false presumption has led to a virtual neglect of the LXX amongst believers returning to Torah and a false conclusion over which is more faithful to the original Hebrew. We will show the LXX-Septuagint is the only compilation worthy of Yahushua's claims.

1) They contain many Messianic prophecies & references that Yahushua fulfilled & that the Masorete rabbis removed.
2) All Solar Calendar references-scrolls are missing or were simply changed.
3) The true Name of YHUH was changed over 7,000 times by adding vowel pointing, to make it read differently.
4) By adding a vowel pointing system that they created, literally every word's pronunciation & sometimes even the meaning was changed; some believe this system has changed literally every word in the Masoretic text.
5) Almost all English bibles are based on this faulty project that was an arbitrary collection of  hundreds of fragments. There was no complete Tanach scroll from which to translate, so naturally the Masoretes copied and pasted only what fit their anti-Yahushua, anti-YHUH, anti-Solar Calendar agenda.

As you will soon see, the Masoretes made a pact with the Anglican Church and the British throne to have their redacted version serve as the base text of all modern reformation Old Testament translations, along with the Textus Receptus, not a scroll of any sort but rather a compilation by Erasmus the Roman Catholic of the New Testament portions.

​It is our conclusion that the brilliance of the LXX is being rediscovered anew in our generation, which provides us a complete compilation of the texts, before they were redacted by those who opposed and even hated Yahushua, Israel's Messiah. They even debated not to include the Book of Daniel, as they had no answers to Chapter 9; Psalm 22, Palm 110, Psalm 40, Isaiah 53, Isaiah Ch. 9 and many more, were all redacted, to assure no one searching for Messiah could identify Him as the Crucified & Resurrected One.

We believe that the Greek LXX & the Aramaic Peshitta are both fully reliable, as the Peshitta was preserved in the eastern communities, away from the Masoretes.